In terms of enclosed area Braye harbour is one of the largest man made harbours in the world, built to shelter a Navel fleet the breakwater was 5,000 ft long when completed in 1864 but by 1900 2,000 ft had been lost. A planned breakwater running north from the shore to provide protection from the east was never started and the project abandoned as development of modern warships made it unnecessary.

﻿
The island has been very heavily fortified twice. Once, despite the "Entente Cordiale", in the 1840s, in response to French fortification of its norther ports. The second time by Hitler. on this trip I explored the north shore moving east from the harbour. 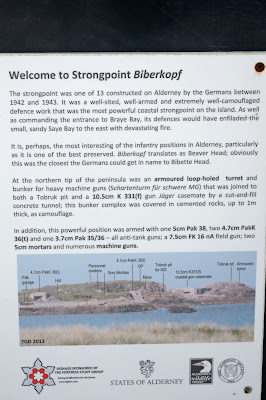 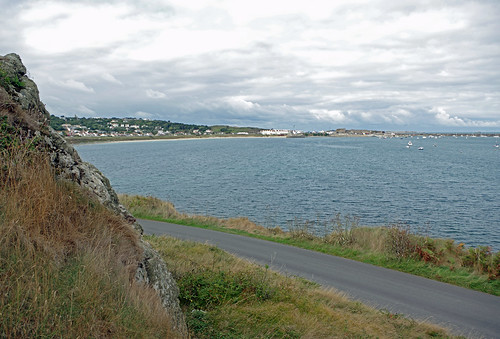 Posted by John Lashbrook at 2:05 PM No comments: