An early season shake down cruise to Alderney in lovely weather.
﻿﻿﻿

The island has been very heavily fortified twice. Once, despite the "Entente Cordiale", in the 1840s, in response to French fortification of its norther ports. The second time by Hitler. on this trip I explored the north shore moving west.
﻿﻿﻿
﻿ 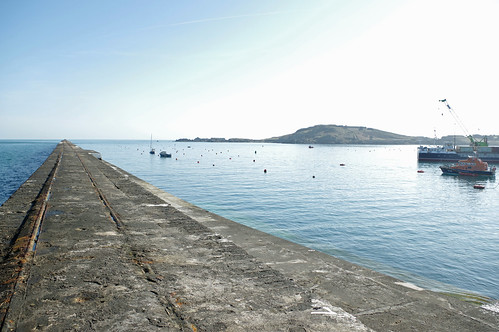