A picture, sometimes two and the occasional video, from each of my trips, these are not necessarily my favourites or best - they are likely to be imbedded in blog posts about the trips. See the cruise index for all cruises, and buttons at the top for threads on longer cruises.

But first a couple of pictures from long ago - 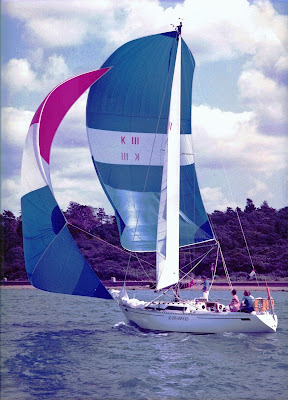 The RAF Sailing Association's UFO34 "Black Arrow", named for treble one squadron - check out the RORC "members" sail number. We took her to the 1977 3/4 Ton Cup and two of us had an "interesting time" bringing her back from Las Rochelle to Gosport with no self steering in a boat set up for a crew of six, my first experience of short handed offshore sailing.

Here I am sitting on the rail of Brian and Pam Saffrey-Cooper's half tonner "Green Dragon" during the 1979 Round the Island Race. She was an incredibly successful racing boat winning a Royal Ocean Racing Club "Yacht of the Year award" in 79, plus the RORC divisional championship, the Solent Points series and BRLA Saturday and Sunday Series, 3 years running.

But she would be totally unsuitable for single handed sailing - the mast would come down pretty quickly without a dedicated person on the runners, she was built for the 1978 Half Ton cup (wining the UK trials and the team award in the world championships) when adjustable forestays were allowed, we could move the top of the mast back and forth by well over 6 feet, but it required nifty work on the runners that you could not handle by yourself. They banned adjustable forestays for the 79 season, when we were again in the three boat UK team at the world championships but retired during the long offshore race when the steering failed off of the Texal - it took up a day and a half to get to Ramsgate without a usable rudder.

My first "proper" cruises in Sancerre.

Welcome committee (Ron, on camera and Roger) off Falmouth
in April, The wind had died and I motored in for the last few
miles. Blue Magic is a Dehler 40, so even with her well below
cruising speed I was running close to hull speed to overtake.
(Works best full screen)
Dolphins in the Celtic Sea returning from the Jester challenge.
(it starts a bit slow but quickly gets better) unfortunately the high
resolution original was too big for Blogger but this is reasonable,
try full screen.

Due to Covid-19 there was only one trip in 2020, but it was a long one, single handed round GB. There are quite a few pictures (now) included in my blog posts,

Covid-19 was still a factor but I did get away in April for another round GB trip, this time anti-clockwise, after a months delay in getting the boat back in the water. 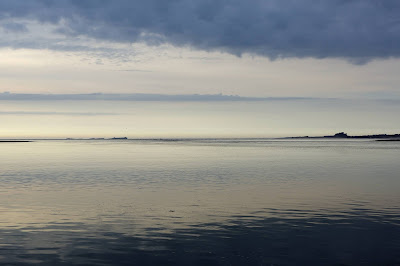 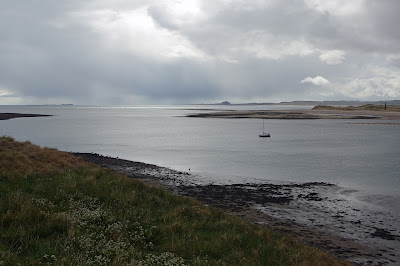 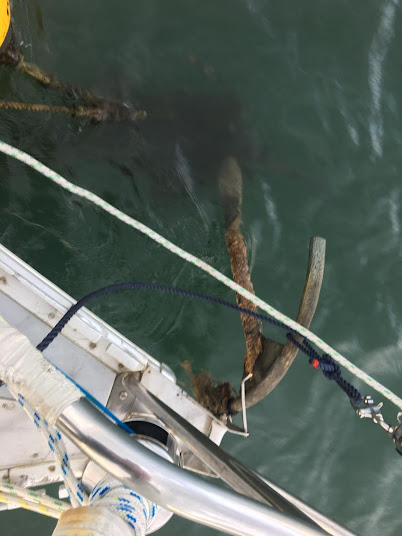