I left Gosport at 13:00 on Wednesday 24th freshly power washed on the SeaLift, arriving Hallsand immediately behind Start Point on Thursday 16:30 after a varied trip down ending in several hours in fog that ended just inside Start Point and a few hundred yards from the anchorage.

After a good nights sleep I left at 07:00 in rough seas, especially around the Start and past Pawle Point, Bolt Head and Bolt Tail, with light winds the engine was used quite often until a fresh breeze set in as I passed the Eddystone and I had to stop trying to film dolphins to set the Genoa. With the wind changing frequently it was a toss up between going to Fowey or St Mawes but I ended up at the latter.


On Saturday there was a local trip with Roger and Ron on Rogers 41 foot Blue Magic but with gales forecast I gave up on thoughts of going further west in Sancerre and made a dash for Fowey and for the 2nd time this year I spent 3 nights there to shelter from gales
I spent a little time before the gales hit the day after arrival motoring up the river in the tender but at low tide could not get very far even with a draft of less than a foot.

Then home again in pictures: 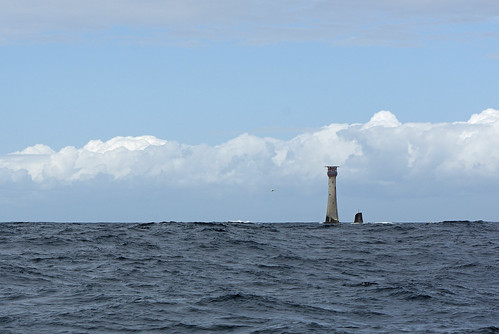