Jester Baltimore Challenge 2019 – Before the Start.

Many say that getting to the start is the biggest challenge not just the trip to the start, although that can be a substantial voyage in itself with challengers coming from far and wide, but also getting the boat into good repair and equipped for extended single handed sailing in potentially dangerous waters – the same that caught the Fastnet race competitors in 1979. 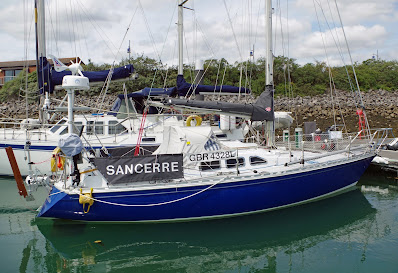 ﻿
Initially it was still quite windy and getting off the pontoon without bashing the boat behind and down wind was a bit of a challenge but thereafter everything went smoothly with the wind dropping as I came out of the harbour. I took the inshore route around the Bill of Portland with a number of boats leaving Weymouth for their summer cruises.  ﻿﻿﻿﻿I even got the big spinnaker up for the only time on the outbound trip.
﻿

I anchored in Cawsand Bay in the outer part of Plymouth Sound at 20:30 and woke in the morning to find that Mike had arrived from Falmouth a few hours after me in "Tranquillity", another Achilles 9m.
﻿I was booked into Mayflower Marina for Friday and Saturday night so I stayed at Cawsand the next day and night before moving to the Marina on Friday morning to meet up with some of the other Jesters including John in Pippin, who I had previously met up with in Alderney, Bernie in his Achilles 24 (ft) “Mischief" and a number of others, one of whom negotiated a very generous discount for the challengers, Well done Bob!
﻿﻿﻿
﻿﻿Over the next couple of days we were checking weather forecasts at every opportunity as they were showing gusts well in excess of 30 Knts for Sunday and we were debating whether to start at the official time on Sunday morning or to delay until Monday which was my intention until forecasts coming out on Saturday evening predicting F4-5 occasionally 6 moderating 3 - 4, the Sunday morning forecast confirmed this although it was going to be bumpy for the first 12 hours, that proved optimistic!
Slide show of all my pictures getting to the start, page through by clicking the arrows or click in the centre of the pic to view from Flickr in a new window or full screen: 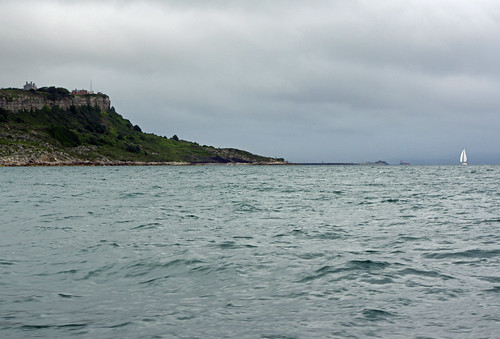