Round Britain Anchorages - The Holy Island of Lindisfarne.

In the right conditions this is a stunning anchorage but does have some major disadvantages which need to be considered. Care is needed when entering and leaving particularly going over the bar, see the Pilot, but its not difficult, my preference it so move against the tide or very shortly after it changes favourable to give more thinking time but you will need a good engine once the tide gets going. The inshore route along the east side should not be attempted in poor visibility due to lots of lobster pots.

The island does get very busy, even during the partial Covid-19 lockdown, this can often be avoided by going ashore during the high tide period when the causeway is covered but some eateries etc. may be close. Check out their web site. 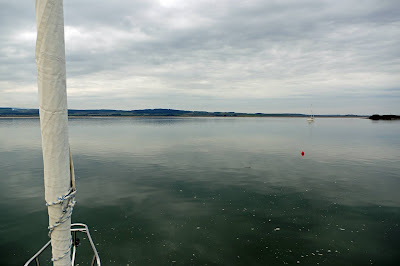 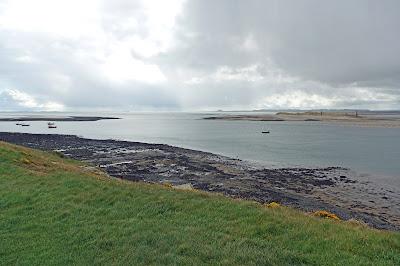 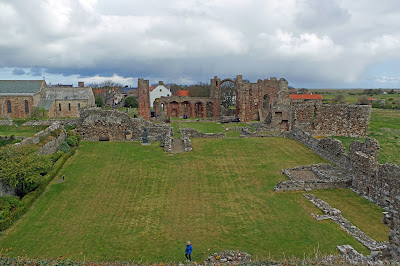 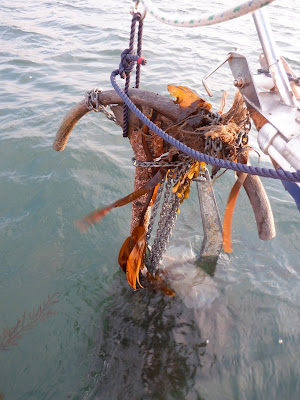 According to the pilot the anchorage is uncomfortable in strong south westerly winds.

It is also very exposed to strong easterlies and particularly difficult during the ebb tide with the wind pushing one way and > 2 knots of tide pushing you the other. See 2021 Round GB. Day 13/14 - Anchor Watch

But the biggest problem is that the anchorage has a significant amount of debris in it and I had problems on both visits, in 2020 it was a car tyre and in 2021 an abandoned anchor. After the latter incident I posted on a Facebook group for round GB sailors and a couple of weeks later another group member fouled another abandoned anchor.

A trip line is mandatory but is not guaranteed to work, for instance in my problem with the abandoned anchor.

Posted by John Lashbrook at 2:41 PM