Force 6 winds were forecast for Friday but then the 07:00 inshore forecast replaced the F6 with F5 and I considered moving on, but 6 different models from the 08:15 download from Predictwind, including the met office model, were predicting gusts around 28 knots so instead I just moved out to the Portland Harbour anchorage saving a days berthing fees and making for a quicker and easier getaway on Saturday.

It was still blustery (F4-5 all the way) on Saturday but I was away at 05:30, half an hour later than planned as I did not hear the alarm for some time. The broad reach past St Albans ledge was very pleasant, starting in the pre-dawn and I made quick progress under Genoa alone. Unfortunately the next leg was dead down wind (again) with the sea conditions  uncomfortable. With tidal gates to make for the mooring I switched on the engine and motor-sailed at, and with the help of the waves, often well over the theoretical maximum hull speed of 6.8 knots, frequently making 8 - 9 knots over the ground. 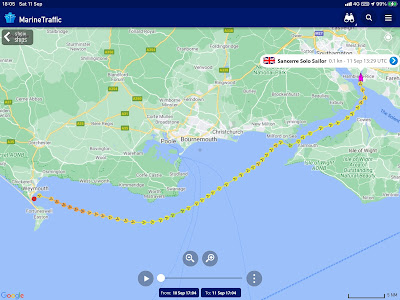 I went through Hurst Narrows at the peak of the spring tide, for better control I went through under engine alone and unfurled the genoa once past the worst of the broken water. After dodging an awful lot of boats, many of which were clearly over canvased and not fully under control, I made it to the mooring with 20 minutes to spare before the local high water, the ideal time to arrive, although with a strong wind it took a lot of effort to get the stern line on. And I found someone had chopped up one of the two stern lines, presumable with their propeller. 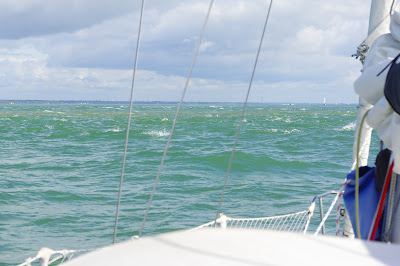 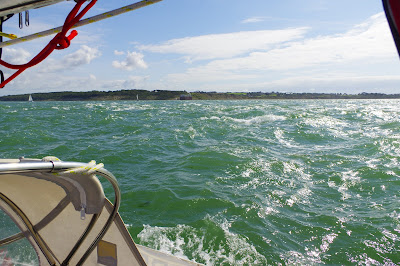 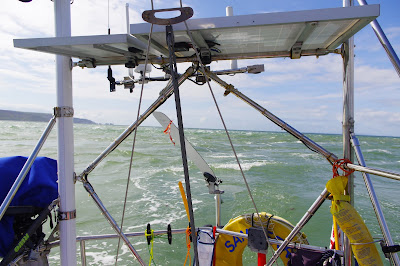 Statistics for the year:

Includes some estimates of day sailing in 2017 & 2018 but the total GPS miles is the same as that recorded by the instruments. Excludes time on the "home" marina or mooring. The Marina berths, Buoys and Anchorages were in a total of 77 different locations.