Two days that went very smoothly, apart from finding that I had put one mainsail slide in upside down!

The train was on time and I opted to take the Bus from Southampton rather than train to Netley then picking up the same bus service, I was fortunate to cover the half mile walk in time to catch the bus with about 2 minutes to spare and I was in Hamble at least an hour earlier than would have been the case if I had continued by train.

One thing that puzzled me, I got to Southampton with one change of train and it cost c £25, the alternate service (2 out of every 3 trains during the day) involved three changes, took longer and costs £42!

A very short hop on the water taxi out to the boat and I was underway at 14:20 more than an hour ahead of scheduled with the boat fully prepared for sea, to make the tide I had expected to have to put on the sheets etc whilst underway. It was a pleasantly warm afternoon with about 10 knots of wind a little east of south.

Entering Southampton water there was some commercial traffic so I continued under engine on the east side until it was past then headed towards Hurst, sailing from Calshot point and making good progress on the ebb tide. The wind started to veer when I was halfway and then died, I gave it an hour then motored the last few miles arriving at 17:35 for a quite but short night. 15 miles in five and a half hours. 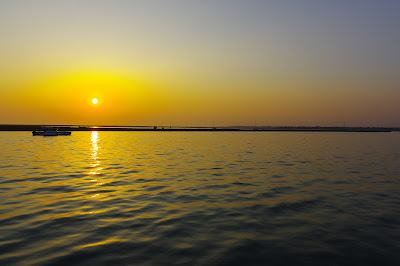 A very early start was needed and I woke up an hour before the alarm and thought I might as well get started and was underway at 03:00. I have compensated a little by changing ships time to BST a couple of days early, partly to make tomorrows early start seem better but mainly because the instruments are still on BST from last year.
Leaving early turned out to be a good move. Going down the Needles channel the wind was only 4 or 5 knots from the north but with 3 knots and more of following tide there was not enough to maintain steerage in the strong tides of the channel so I motored out to SW Shambles when I got there and turned towards Anvil Point the wind piped up to c 10 knots and I had a Force 4 N - NE breeze  all the way to Portland vs the forecast E or NE, that was good news as I was going much faster and covered the 35 miles in 7 hours on one tide.
It was a bit chilly but not really cold and it warmed up quickly from about 9:30 and by lunch time it was 28 degrees.
Tomorrow is likely to be interesting, a breezy day is promised and I'll be using the inshore route rather later in the "gate" than I have done before, with a N or NE wind forecast I should even be able to sail round which at least will reduce the risk from Lobster pot floats. However the forecast wind strength for Saturday has been increasing over the last couple of days and if that trend continues it could make the inshore route iffy and I could be delayed,
Slide show of photos so far: 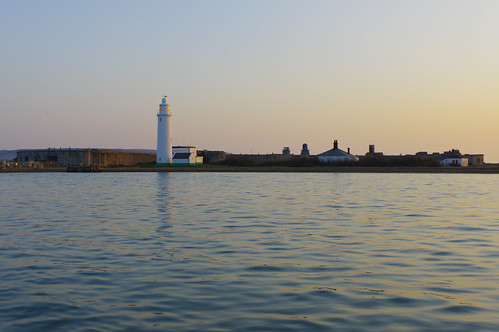