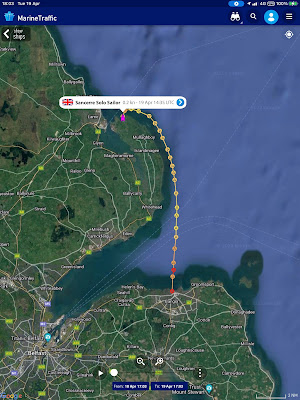 The forecast on Tuesday was promising:

Outlook for the following 24 hours: East or southeast 3 to 5. Slight or moderate at first in far north and later elsewhere, otherwise smooth or slight. Showers for a time. Good.

I left Bangor at lunch time as the tide turned northerly, it was rather slow at first but then the south-easterly set in early and it was a very pleasant sail to Browns Bay only using the engine for a total of 40 minutes to get out of the marina and to anchor.
I would have liked to have done further north but the anchorages there are exposed to easterly winds. 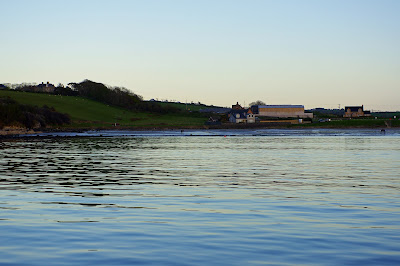 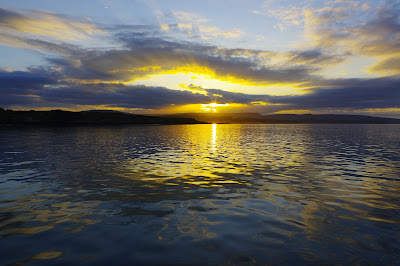 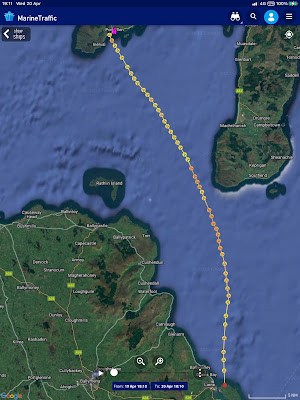 The weather on Wednesday morning was lovely apart from a lack of wind which was a problem, the tide would be running south until after lunch at between 1.5 and 3 knots, with a light wind or even a F3 to 4 on a run I would likely be going backwards so I decided to use the engine until the tide turned then to head for a recommended anchorage on the south end of Gigha that has only recently been surveyed (by Antares) to sufficient detail to make it usable. This would also give me a nice reach to get to the Sound of Islay on Thursday.
The first part of the plan worked but the lunch time forecast put paid to Gigha with winds now forecast to be E or NE 3 -5 occasionally 6 and similar on Friday. A small anchorage with a complicated approach and possibly somewhat exposed would not be a good idea, so I opted for Port Ellen on Islay. As the tide turned a reasonable wind also set in, except in the lea of Kintyre, and I sailed all the way to Port Ellen.
I am staying in Port Ellen on Thursday; Friday & Saturday will depend on the forecast but it may be Ok for an uncomfortable beat to the entrance to the Sound of Islay.
43 miles in 11 hours. 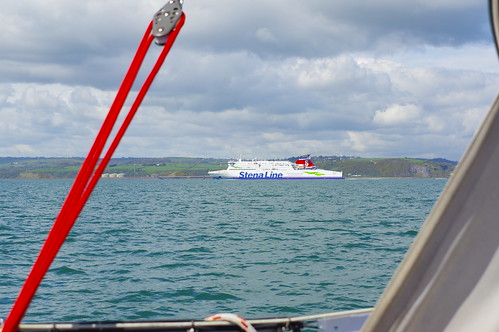 The forecast seems to stay much the same with each update, this at lunch time.
Mull of Kintyre to Ardnamurchan Point - Strong wind warning
24 hour forecast: East or northeast 3 to 5, occasionally 6 later. Slight or moderate. Fair. Good.
Outlook for the following 24 hours: East or northeast 3 to 5, occasionally 6 at first. Smooth or slight, occasionally moderate in west. Fair. Good.
Bashing into a F5 or 6 up to the Sound of Islay and then anchoring In Loch Tarbert does not sound like fun, especially against the tide so if the wind drops sufficiently to easily get off of the pontoon I plan to move to the anchorage to save 2 days berthing charges and move off on Sunday when a not to early start will give me a some favourable tide to get to the Sound and still have sufficient time to get through before the tide turns.
Update Saturday: I got out of the marina last evening with no drama in a lull and moved to the anchorage. It was a good call not to leave today, I woke to the wind howling in the rigging and an uncomfortable roll on the boat, a while later when I turned on the anemometer it was blowing 30 knots decreasing to 20 knots over half an hour and it has been varying from 15 - 25 knots all morning.
The lunchtime inshore waters forecast for tomorrow looks OK but is looking iffy on some models, at least in the morning, but if the models are right and it has dropped by mid-morning I'll probably move east and anchor for a few hours to take the evening tide up the Sound of Islay.
Slide show of pictures taken from the anchorage: 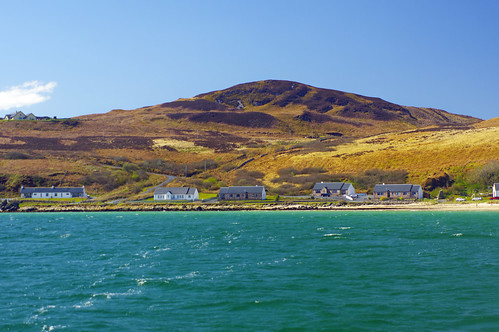 Click here for the trip through the Sound of Islay to Loch Tarbert.
Posted by John Lashbrook at 12:09 PM