With strong northerly winds forecast for Thursday and Friday the aim on Wednesday was to find a good anchorage and hopefully have a good sail getting there. With my shortened chain I also preferred relatively shallow water, the problem round here is that a mountain to windward does not give much shelter and frequently they will generate sudden squalls and wind coming from different directions in quick succession, a good way to "unscrew" an anchor and drag.

I came up with upper Loch Carron, the anchorage off the village of Lochcarron is large, shallow and well sheltered from the north with mountains quite some distance away, shelter from the east is not as good but the fetch of water at high tide is about a mile and half a mile at low water. There is also a shop, garage, hotel and easy landing at a slip. So off I went.

Not for the first time this cruise, after motoring out of the anchorage I continued with just the genoa, partly because the wind was likely to be gusty - I have sailed past Scalpay before - but also the narrow route into upper Loch Carron is twisty and, if the forecast panned out, likely to require a lot of gybing so as I had plenty of time and Sancerre sails very well under just the headsail, I took the easy option.
The wind was initially from the NE and I was hard on the wind past Scalpay to clear outlying rocks / Islets Sgeir Thraid &  Sgeir Dhearg then a peasant reach across the inner sound before coming to the wind again to enter Loch Carron. For about 20 minutes I put the engine on to pass through a narrow passage inside some rocks north of Plockton lighthouse which coincided with a drop in the wind as it swung round to the southwest, good timing for going up the narrows to the upper Loch.
That is a spectacular section passing within a few boat lengths of rocks and high cliffs, even more impressive than the pictures imply. 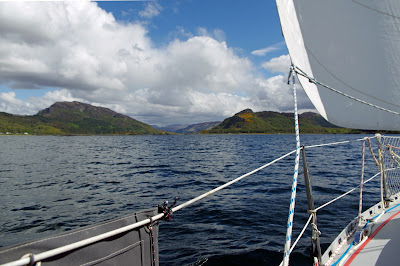 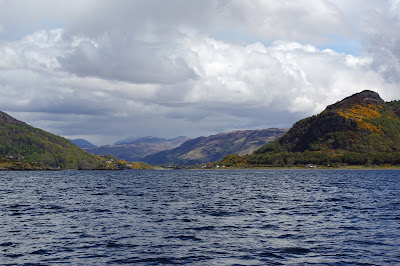 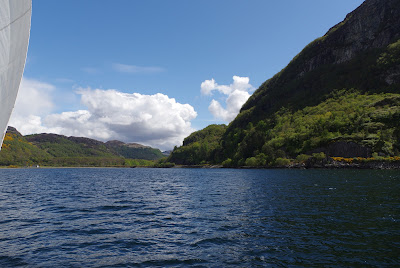 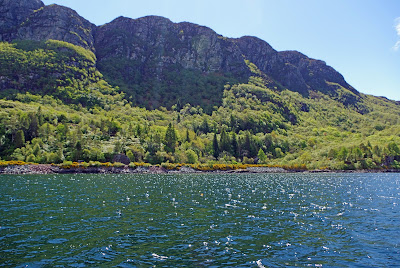 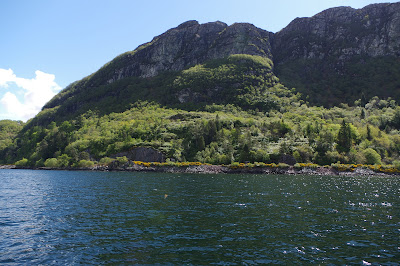 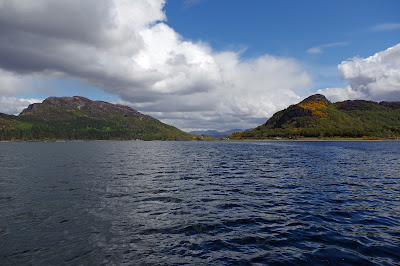 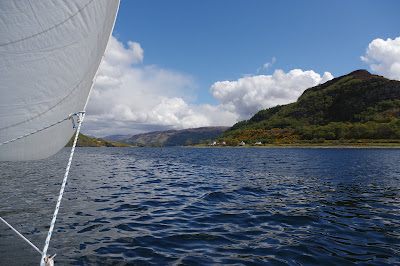 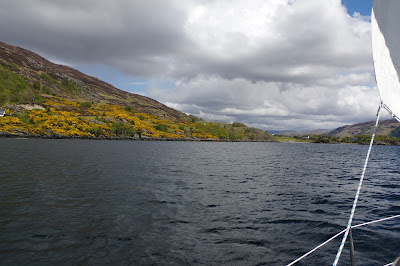 A very pleasant sail that would have been excellent but for the still cold wind.
23 miles over the ground in 6 hours.
Slide show of all my pictures from Raasay to Upper Loch Carron, page through by clicking the arrows or click in the centre of the pic to view from Flickr in a new window or full screen: 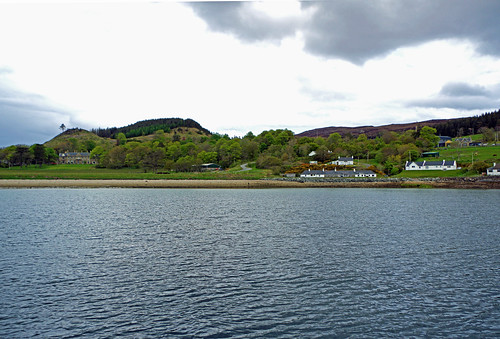 More on Lochcarron and a windy night in my next post.
Posted by John Lashbrook at 1:29 PM