After a good nights sleep and a shower I found that on Sundays the Stornoway Co-op and other shops were closed (unlike in Stromness), that the forecast was reasonable through Wednesday but iffy from some time on Thursday and that the tide was good to get past the Shiant Islands where tides are significant, during the early afternoon.

So with some wind and more forecast I abandoned my planned rest day and at 10:30 headed out with the possibility of getting down the east coast with time to cross the Sea of the Hebrides to the mainland before the bad weather arrived.

Almost as soon as I cleared the harbour the wind dropped and changed from an excellent north easterly to a dead beat. Then it started to drizzle, I was not happy.

By 14:15 I managed to get 3 miles from the harbour boundary covering all of 11 miles over the ground since leaving the marina. Also the latest forecast was not good. The chance of following "Plan B" was greatly diminished and there was a strong possibility of getting stuck at the southern end of the Outer Hebrides for an extended period - the crossing from there to the mainland crosses some difficult seas with strong tides and needs good weather.

I therefore decided to bail out to the mainland coast so that I could get to the sheltered waters behind the Isle of Skye, on went the engine and I headed for Loch Ewe the closest good anchorage.

I arrived at the Aultbea anchorage at 19:20 having covered 38 miles over the ground in 9 hours. 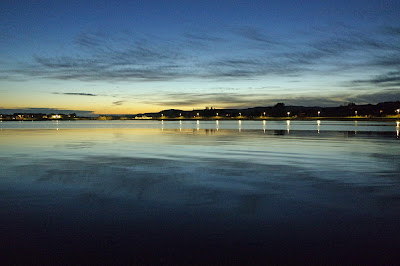 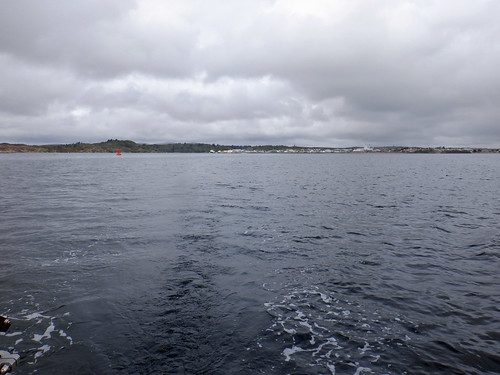