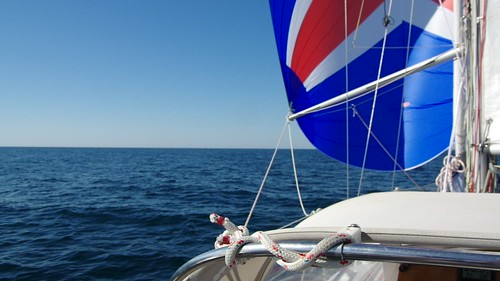 Running with the spinnaker, the pole should be perpendicular to
the mast for maximum effective length with the sail clews level,
but the mast slider was stuck, it was freed up later with silicone spray.

A very pleasant sail, but at St Mawes there were a lot of small boats rushing about creating wake so that the boat was rocking all the time and I didn’t see that improving over the weekend so after  meeting up with a fellow Jester sailor on his newly acquired Hamatic 30 I made a quick visit to the St Mawes COOP, had a very expensive and not particularly good ice cream from another shop and was ready to head off to Newlyn the next day. 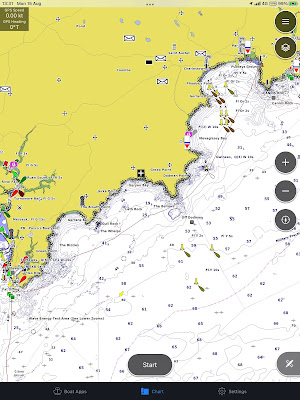 20 miles in five and a half hours.

Another start at a reasonable time (07:50) initially with little wind but that picked up as I passed St Anthony Head and up went the Cruising Chute only to come down 10 minutes later as the wind hit 15 knots. This pattern continued most of the way past the Lizard until it disappeared completely a few miles west of Mullion so on went the engine.

As often seems to happen the wind filled in when I was a couple of miles from the destination and it was not worth turning the engine off. I arrived at 14:20 and had time to visit the larger COOP there, get a shower, pick up a couple of cans of diesel and, of course, I went to Jelbert's; possibly a unique establishment serving only ice cream, made daily in house and to misquote Henry Ford, any flavour you like providing its vanilla. But you can have a flake and / or clotted cream with it although, in my view, it does not need the lift. There was no need to go to the excellent little cheese shop next door as I was still well stocked.
In the evening, as I invariably do in Newlyn, I treated myself to a Chinese takeaway. 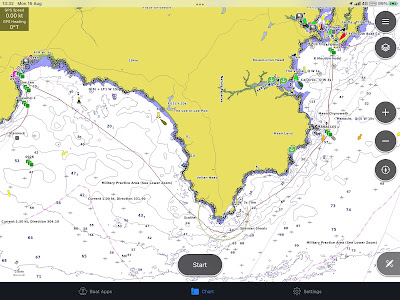 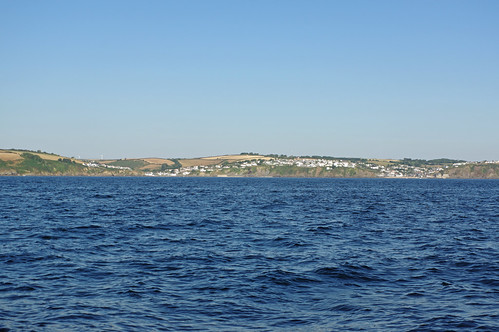 Posted by John Lashbrook at 9:41 AM