I had intended to move on to Ballycotton Bay but the wind which had been forecast to veer to the SW stubbornly stayed in the east to north east which makes the anchorage untenable so I had to go further to anchor at Youghal (pronounced Yawl). The wind had moderated significantly on Sunday morning so at 06:40 with the last of the ebb tide, and the boat pointing up river, it was easy to get off the pontoon and out to sea on a grey, often damp day. 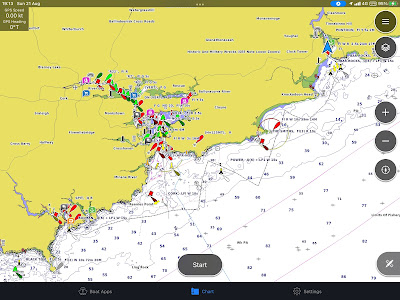 The wind which had been easterly soon backed north easterly so it was a long beat to Youghal.
Once through the narrow passage you end up in an extensive estuary with large drying sandbanks. 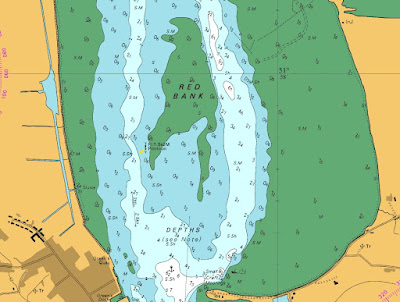 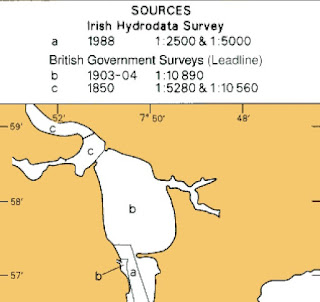 My theoretically up-to-date charts still have not been updated from the 2015 survey mentioned in the 2020 edition of the pilot and relies on lead line surveys from 1903/4; but in any case, with shifting sands care is always going to be required.
The pilot recommends a spot "out of the tide" referencing the 2015 survey but even an hour before low water on a neap tide there was still 1.4 knots of tide there and there abouts. I found a likely spot well east of the anchor symbol on the chart above and had a peaceful night.
The slide show illustrates the way in and displays chronologically, but I have no pictures from the anchorage because just as I had the boat settled for the night the rain returned, there is a reason Ireland is called "The Emerald Isle". 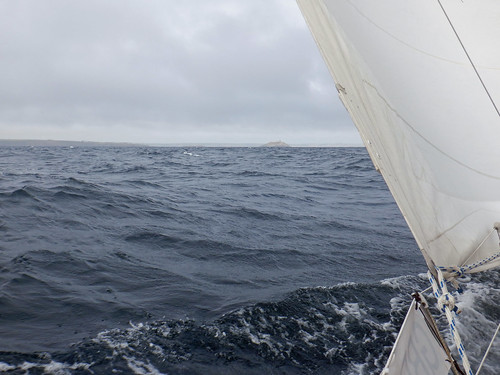 On to Dunmore East and Milford Haven.