This leg needed an early start, like many on this trip, in this case to make the tide around Start Point, so I was off at 03:30 and for a while it was a mixture of sailing and motoring with variable winds. A better wind set in off Bolt Head and took me a good way east to take advantage of a forecast easterly wind. With good progress and no sigh of the wind veering I toyed with the idea of going all the way across Lyme Bay rather than north as planned, but decided against it as it would almost certainly mean an overnight sail and the need to rest at the next stop.

That was a good decision as not long after the wind started to head me and at 10 o'clock I tacked on the veering wind but east of Dartmouth the wind died to nothing and I motored on. I had not decided on an anchorage as the overnight breeze was forecast to be N or NE which would mean I could anchor almost anywhere. In the end I decided on Beer as a recognised anchorage albeit one know to often be unexpectedly uncomfortable. As it turned out  the sea remained smooth all night . 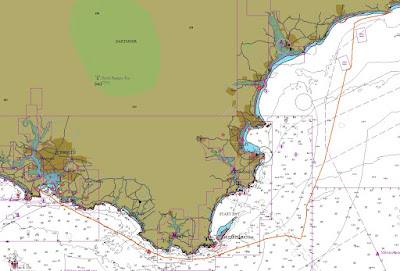 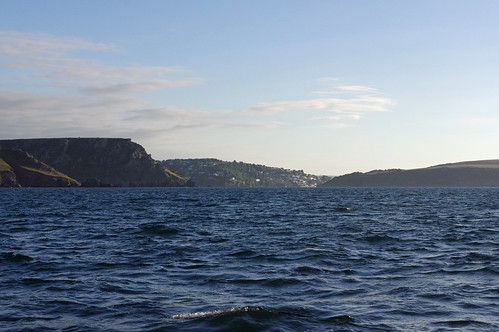 67 miles in thirteen and a half hours.

Posted by John Lashbrook at 3:36 PM