The anchor was up at 03:15 and apart from wanting to head for the Welsh coast to get away from the lee shores of Ireland with strong easterly winds forecast, I had no clear idea where I was heading for, it could have been the south coast of Anglesey, The north side of Cardigan Bay or Milford Haven, it would depend on the wind, or as it turned out, the lack of it.
The first decision was where to pass through the offlaying banks, For Anglesey it would be best to go out north of Kish Bank but this required a move north away from preferable destinations further south and was also up tide so I headed south for the next gap between Codling and India Banks, with a calm sea and probably light winds the often turbulent water east of there was not going to be a problem and it left all options open. The wind was variable but I made good progress for 6 or 7 miles when the land breeze died to three knots and on went the engine, for a long time as the wind did not get any stronger.
Passing the South Codling Cardinal buoy at 06:00 I had to make a decision, I did not have updated weather maps but did have the shipping forecast which was not encouraging showing light and variable winds, so I decided to head towards Bardsey Sound at the north west corner of Cardigan Bay. There seemed no point in heading for Anglesey when Bardsey was a similar distance, I would like to explore that area, but force 7 winds were forecast and Milford Haven beckoned. On the other hand it was a long way to Milford and I did not want to motor all that way when there might be some wind the next day. 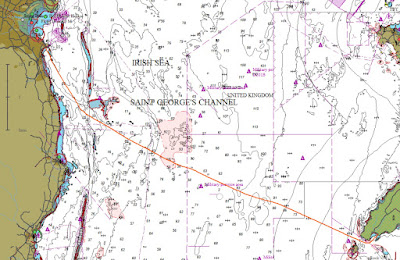 I made Bardsey sound just as the tide turned favourable so had a smooth ride through – the tide here can run at 6 knots and in windy conditions can be extremely dangerous.

62 miles in eleven and a quarter hours. 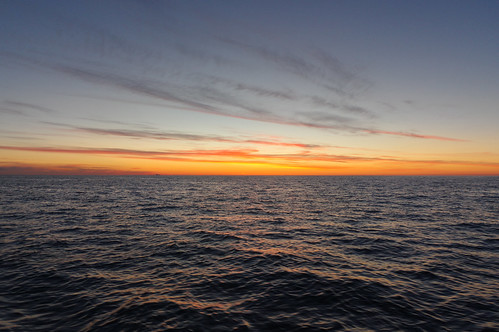 To Milford Haven.
Posted by John Lashbrook at 10:01 AM